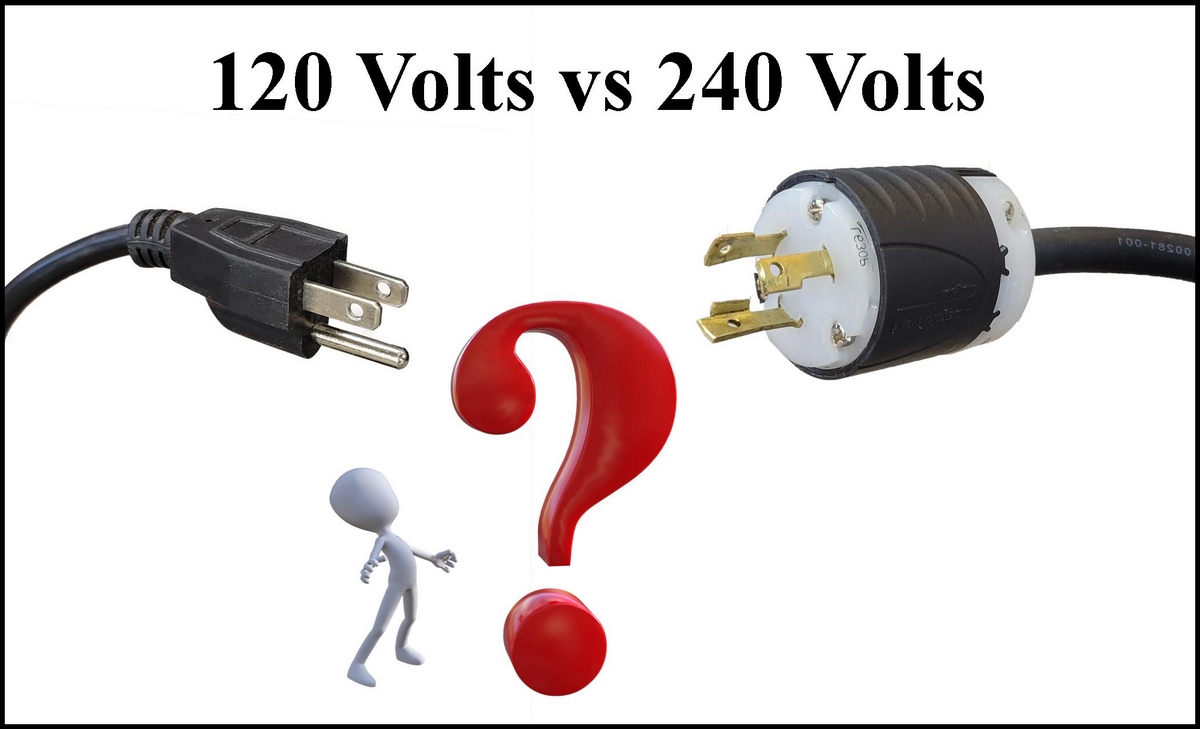 There is a lot of confusion around the pros and cons between 120 volts and 240 volts in the wood shop. The reason for this is that electricity can be a very, very complicated subject! Fortunately, for woodworkers, it doesn’t have to be complicated at all. This article is not about industrial applications, three-phase power, line losses, motor efficiency, or any minute differences between these two options. My intention is only to offer sound, practical advice as it applies to the average home wood shop.

I see lots of different voltage numbers, what’s the deal?

The first thing you need to know is that household voltage in the US and Canada is supplied at about 120/240 volts. These are nominal numbers, and the actual voltage varies somewhat. But, with a few rare exceptions, the electric companies supply high-quality electric power to their customers. For practical purposes, the average woodworker should think of 110, 115, and 120 volts as all being interchangeable. Likewise, think of 220, 230, and 240 volts as being interchangeable. For this article, I refer to 120 volts and 240 volts, but the information applies equally to 110V, 115V, 220V, and 230V motors.

The motors in your shop probably have all sorts of different voltage numbers on them, but it’s not a big deal. Unless something is drastically wrong with either the power available in your shop or the motor itself, then motors that say 110, 115, or 120 volts will all run perfectly fine. Likewise, motors that say 220, 230, or 240 volts should all perform just fine. 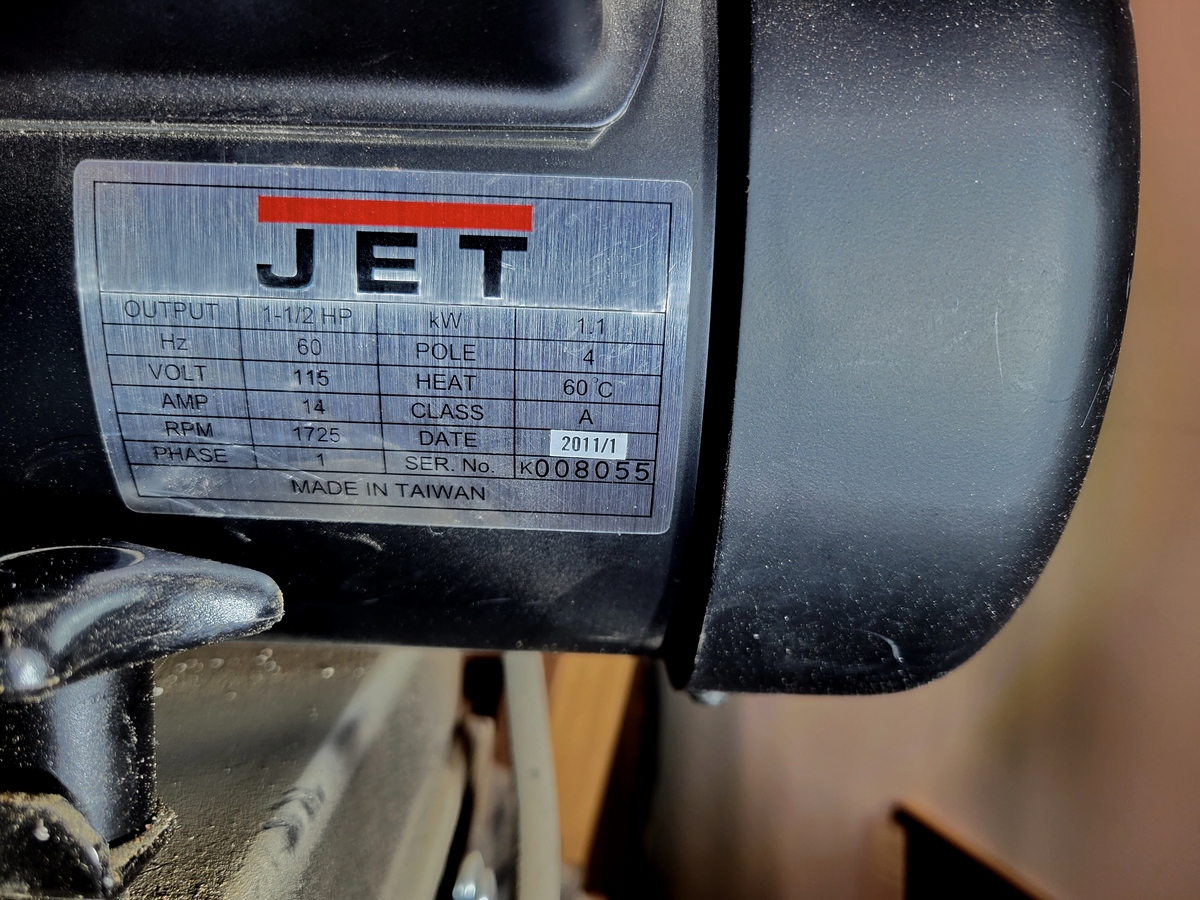 This motor on my drum sander is an example of a typical 115V motor. It produces 1-1/2 horsepower, and it draws up to 14 amps.

To put it simply, there is no practical difference between a motor that is wired for 120 volts and the same motor that is wired for 240 volts. This is fundamental, and it is one of the few things that you need to know about the differences between these two. If you want more detail, the next two sections will help to explain this. If you just want to know how voltage affects you in your wood shop, and you don’t care about the “why,” then skip the next two sections and go right to the bottom line.

If you want more details, read on!

An electric motor produces “power,” and that power does the “work.” At its most basic level, power is expressed like this: 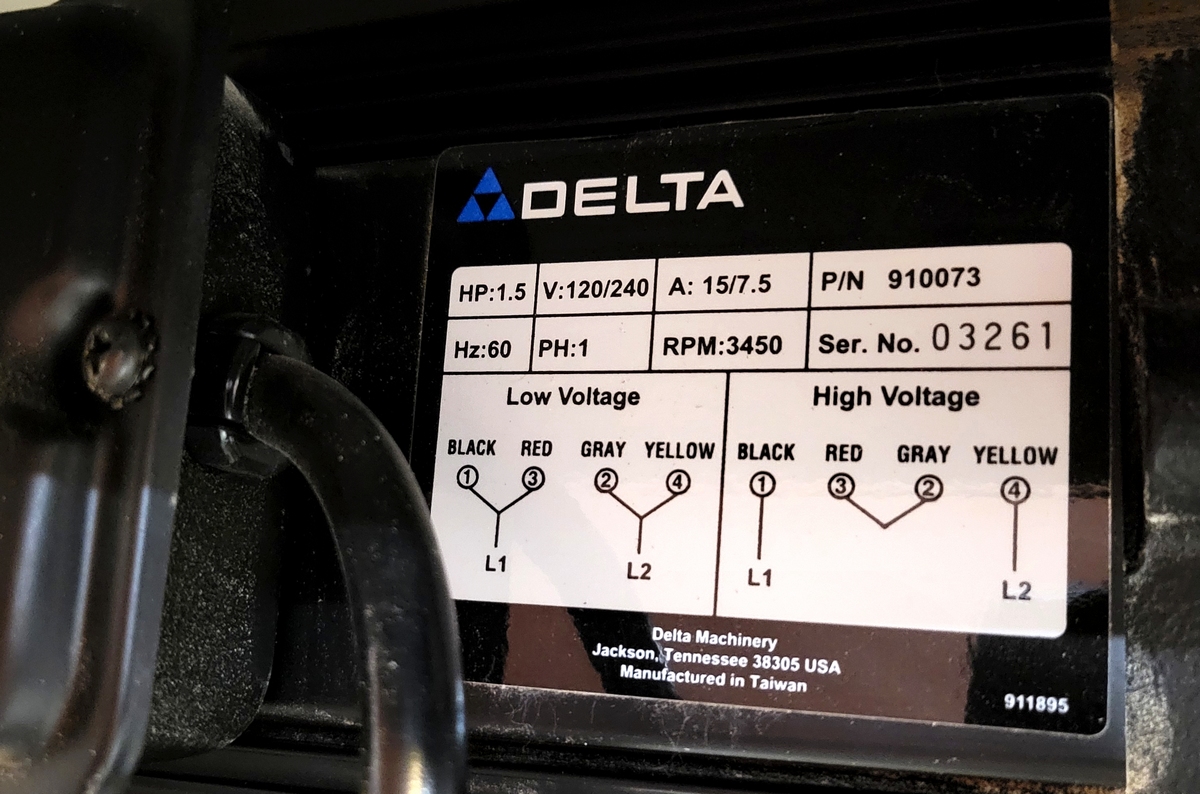 Some motors, like this one on my Delta belt sander, can run on either 120 or 240 volts. You can see that it produces 1-1/2 horsepower regardless of the voltage that it is wired to run on. You can also see that running it on double the voltage decreases the amperage by exactly 50%. 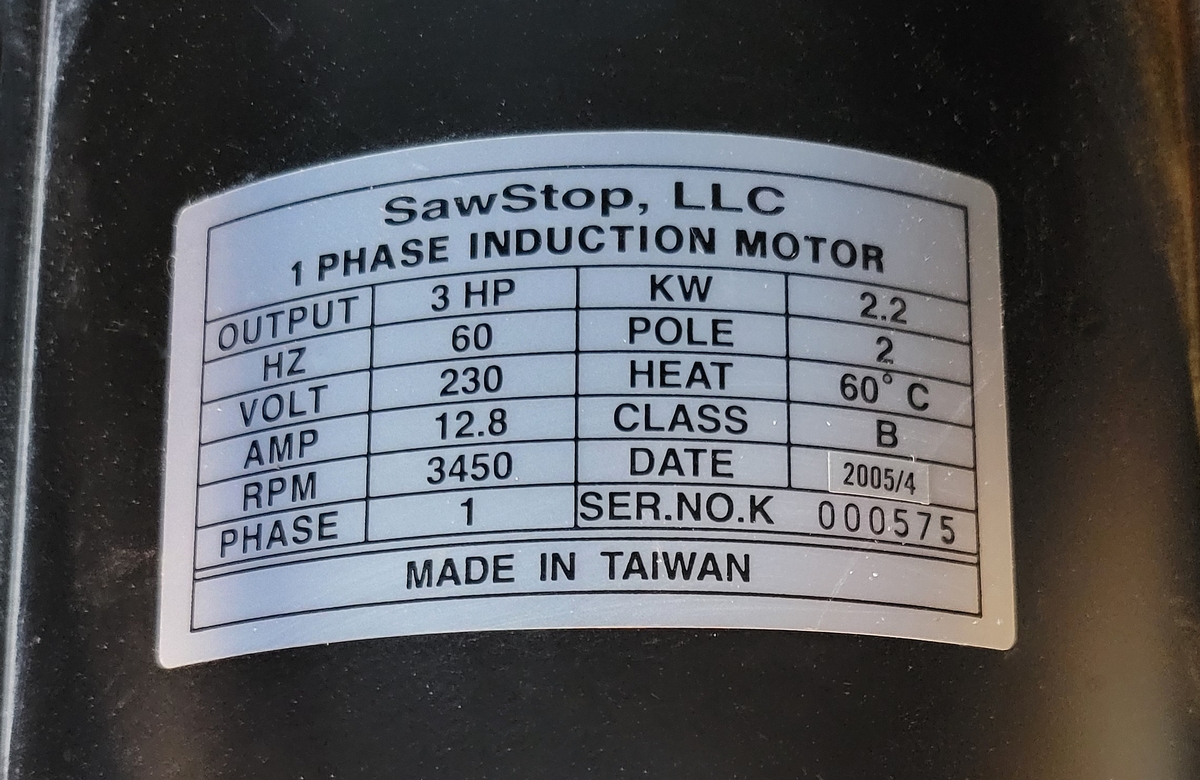 This is the nameplate on the motor in my table saw, and it’s an example of a typical 230V motor. It produces 3 horsepower, and it draws up to 12.8 amps. This particular motor is designed to only run on 230 volts. Hypothetically, a similar 115V motor that produces 3 horsepower would draw up to 25.6 amps.

Great question! It goes back to amperage. It’s also about industry standards and costs. Electric wire is rated for the maximum amperage that it will carry. Larger wires can carry more amps. A 3 hp motor wired for 110 volts might draw 25 amps. That would require relatively large and expensive wires from the breaker box to the receptacle. That same motor wired for 220V would only draw 12.5 amps and could run with smaller and less expensive wires.

A 120V circuit in most American homes are rated at either 15 or 20 amps. Typically, 240-volts is used if a particular load requires more power than a 20-amp, 115-volt circuit can provide. Examples of this would be an electric range or an electric dryer. Other examples of this would be stationary power tools with more than a 1.75 horsepower motor. (Don’t get me started on hand held routers that supposedly produce 3 horsepower!)

Whether it’s 120 volts or 240 volts, it’s horsepower that counts. There is no practical benefit to rewiring your 120V contractor saw to run on 240 volts. That will not affect how well it cuts through that nice piece of maple that you’ve been saving.

You can have a great wood shop and do wonderful work without 240V circuits. However, if you think that you might want larger stationary tools and if you have the option, then always include some 240-volt circuits in your wood shop. That’s because larger band saws, cabinet saws, planers, jointers, lathes, and dust collectors have larger motors that require 240V circuits.

It comes down to this: Rewiring your 120V 1.5 hp table saw to 240V won’t give you more oomph at the blade when you’re cutting thick hardwood. However, buying a 240-volt 3 hp saw, equipped with a motor that can’t be practically run on 120v, will give you more oomph.