AWFS 2015 was called the largest woodworking show in North America in 2015. From computer driven machines the size of a garage, all the way down to hand tools, this show offered a lot for tool junkies (like me). Here are a few of the items I spotted at the show. 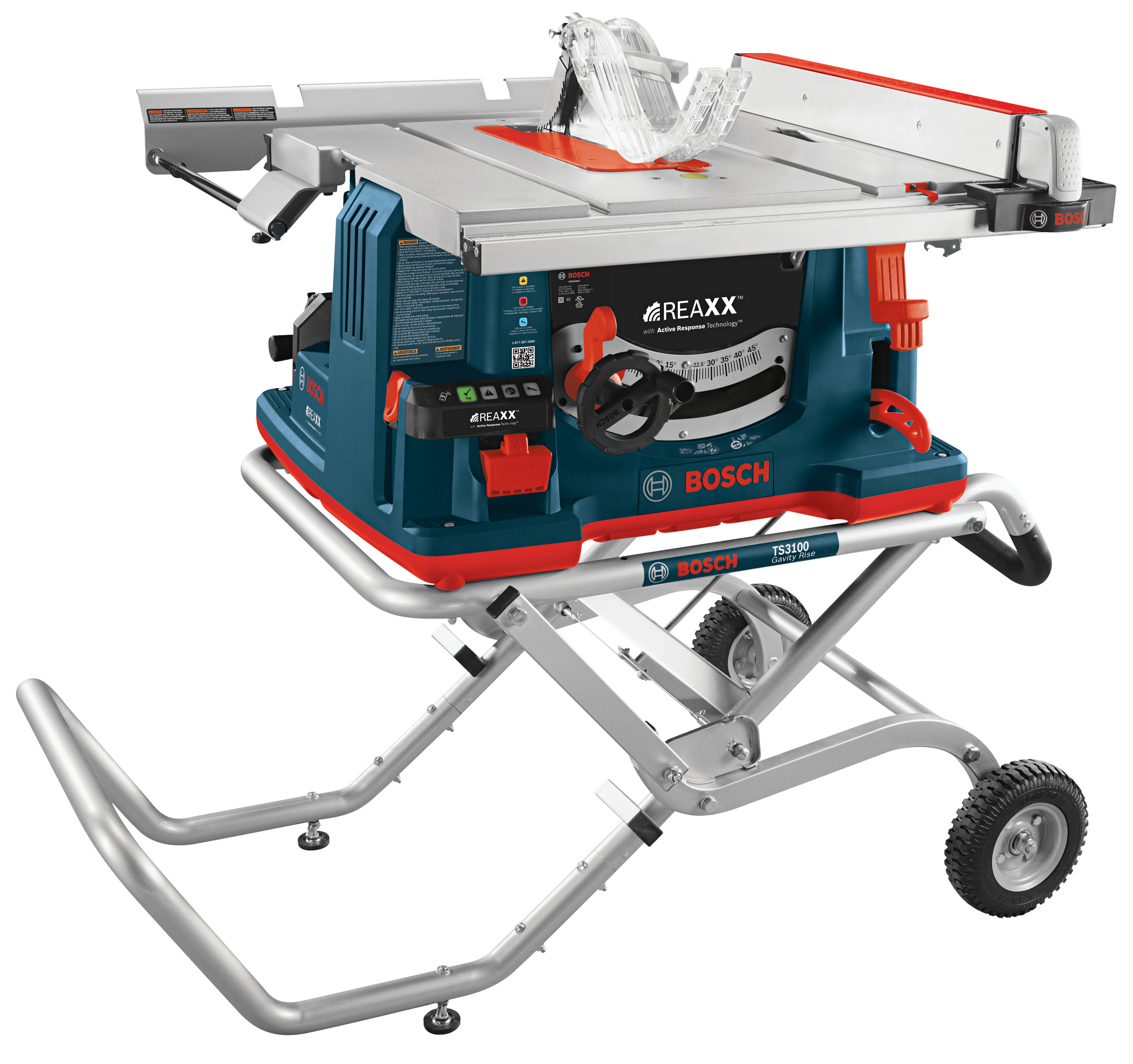 Flesh detecting technology on a Bosch job site saw will hit the market place fall of 2015, according to the folks at Bosch. If a user makes finger contact with the spinning saw blade, the blade drops below the table. At the time of the AWFS show Bosch didn’t have an exact reaction time for the saw, but “it’s very fast.”

The REAXX doesn’t use a brake. It uses a cartridge that, upon contact, sends the blade carriage below the level of the table. Thanks to the absence of a blade brake the reaction isn’t destructive to the saw blade. Each cartridge has two cylinders, so can be fired twice. The saw is expected to sell for $1500, and replacement cartridges for $99.

At this time Bosch doesn’t have any plans to expand this technology to contractor or cabinet saws.

The idea of a clamp rack certainly isn’t new. What I like about this one is that it projects off the wall instead of being parallel to the wall. That means I’m losing lots less wall real estate to my clamps.

According to Rockler this rack will hold 12 clamps up to 60” long, and will work for pipe or parallel jaw clamps. Looks like a good deal at $40. 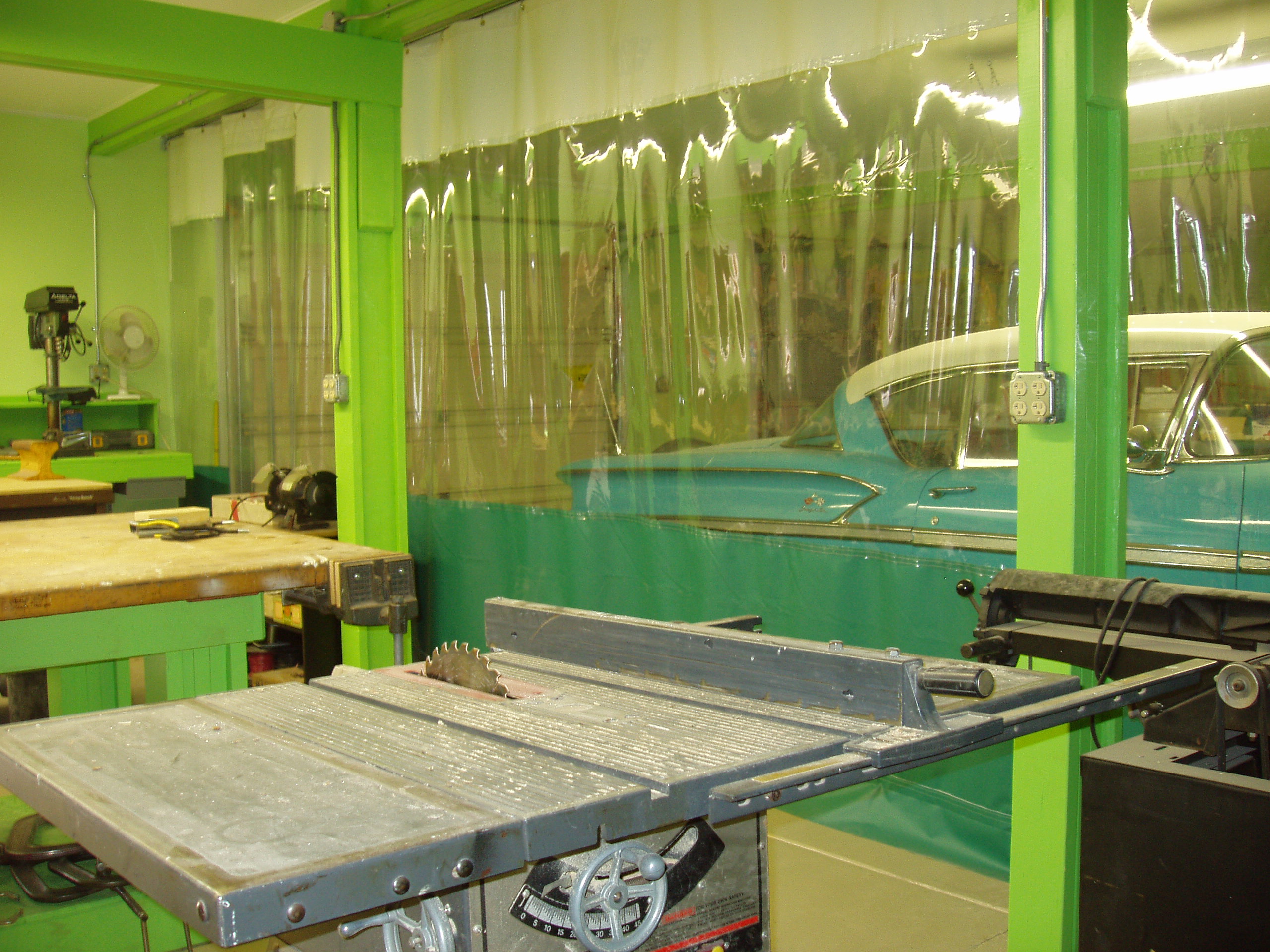 Few of us have the luxury of having a truly dedicated woodworking space, much less finishing space. If you need to separate your dust-making tools from stuff you don’t want dust on, or you want to temporarily create a clean finishing environment, Goff’s Curtain Walls may provide the answer.

Imagine a heavy duty shower curtain, suspended on a heavy duty rod, that you can slide into place as needed, and easily push back out of the way when you don’t. That’s a curtain wall.

Prices vary depending on your exact needs, but here’s an example. If you want to create a 10’ x 10’ finishing area in a corner of your shop (so you need an L-shape of curtains) you’ll pay about $760 for hardware and curtains, plus shipping, assuming an 8’ ceiling. Bigger area, more dough. Higher ceiling. More dough. It’s an investment, but provides a lot more flexibility than building partition walls. And keeps dust at bay. 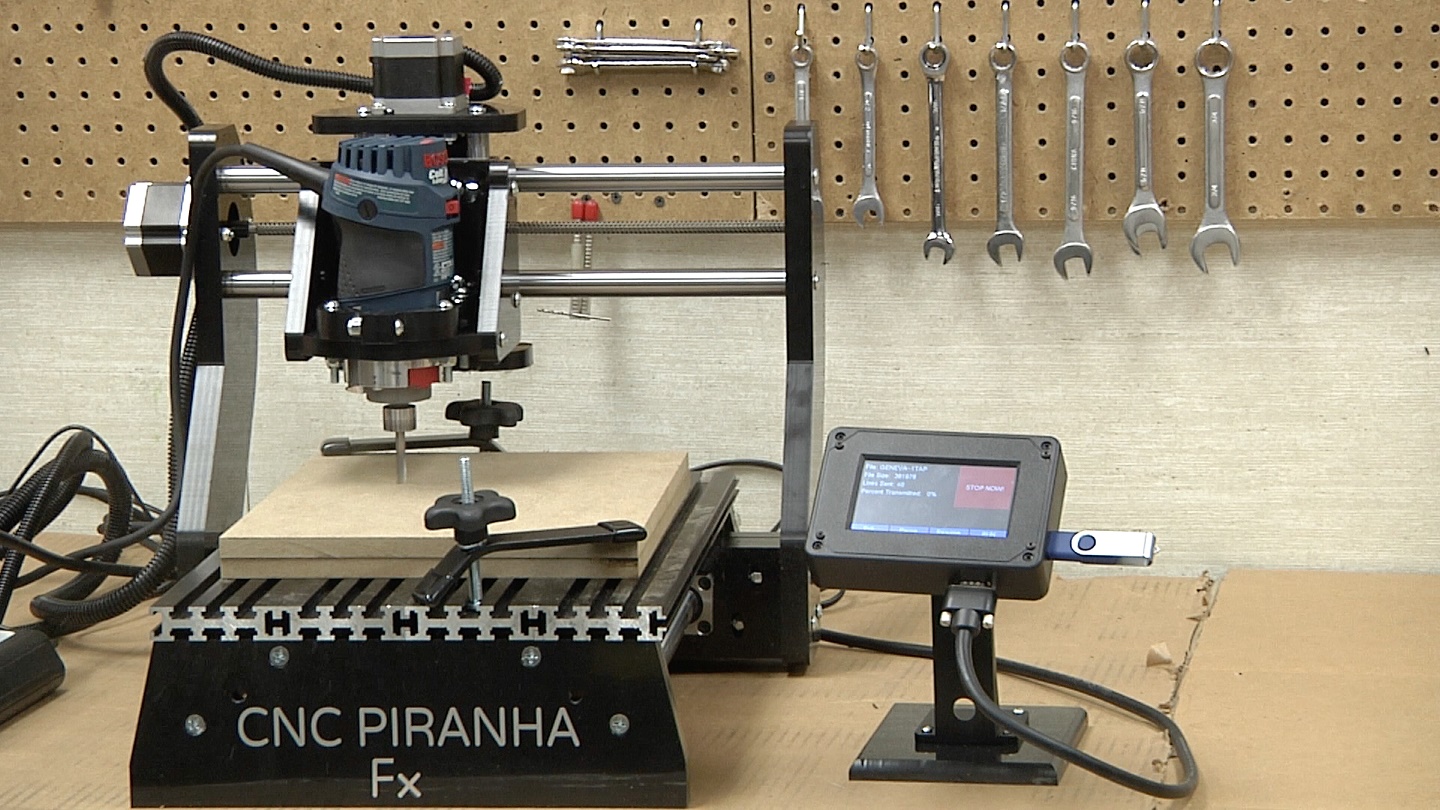 Small-scale CNCs are the rage, and AWFS 2015 held some cool products in this category. The Piranha FX from Next Wave Automation marries CNC to laser engraving to 3D printing. Conceptually, this makes a lot of sense to me. There are a lot of commonalities between each of these functions. Once you’ve mastered on, you may as well apply that skill (and the machine) to the others.

Changing from one function to another is easy. The laser and 3D printing heads mount into the collet of the router. Of course, you’re not going to run the router for these functions, just use it as a carriage. The CNC aspect is driven by a standard trim router, the Bosch Colt, for example. A digitizer will also be available, allowing you to trace an existing piece so you can duplicate it. The digitizer is sold separately for $300. 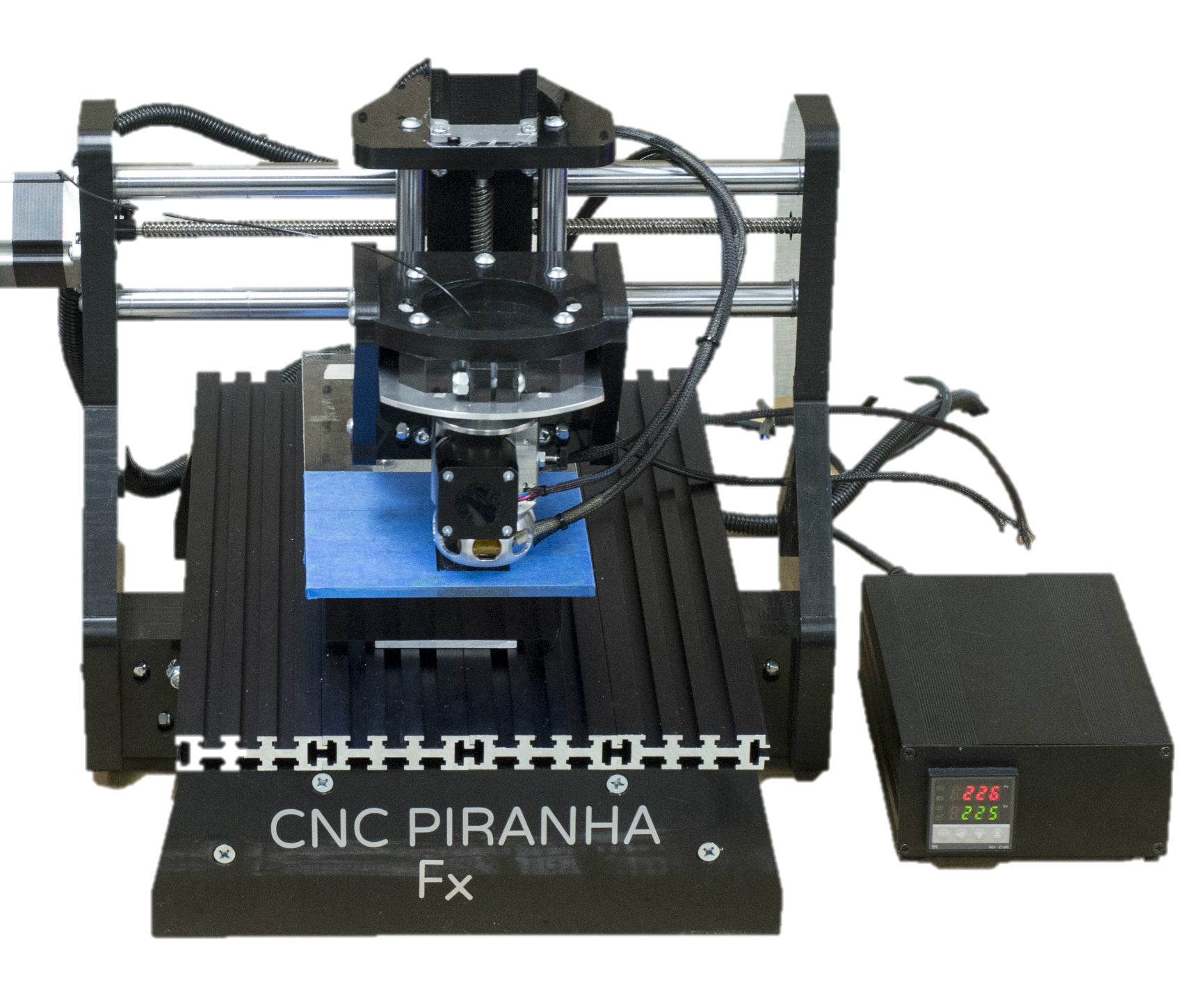 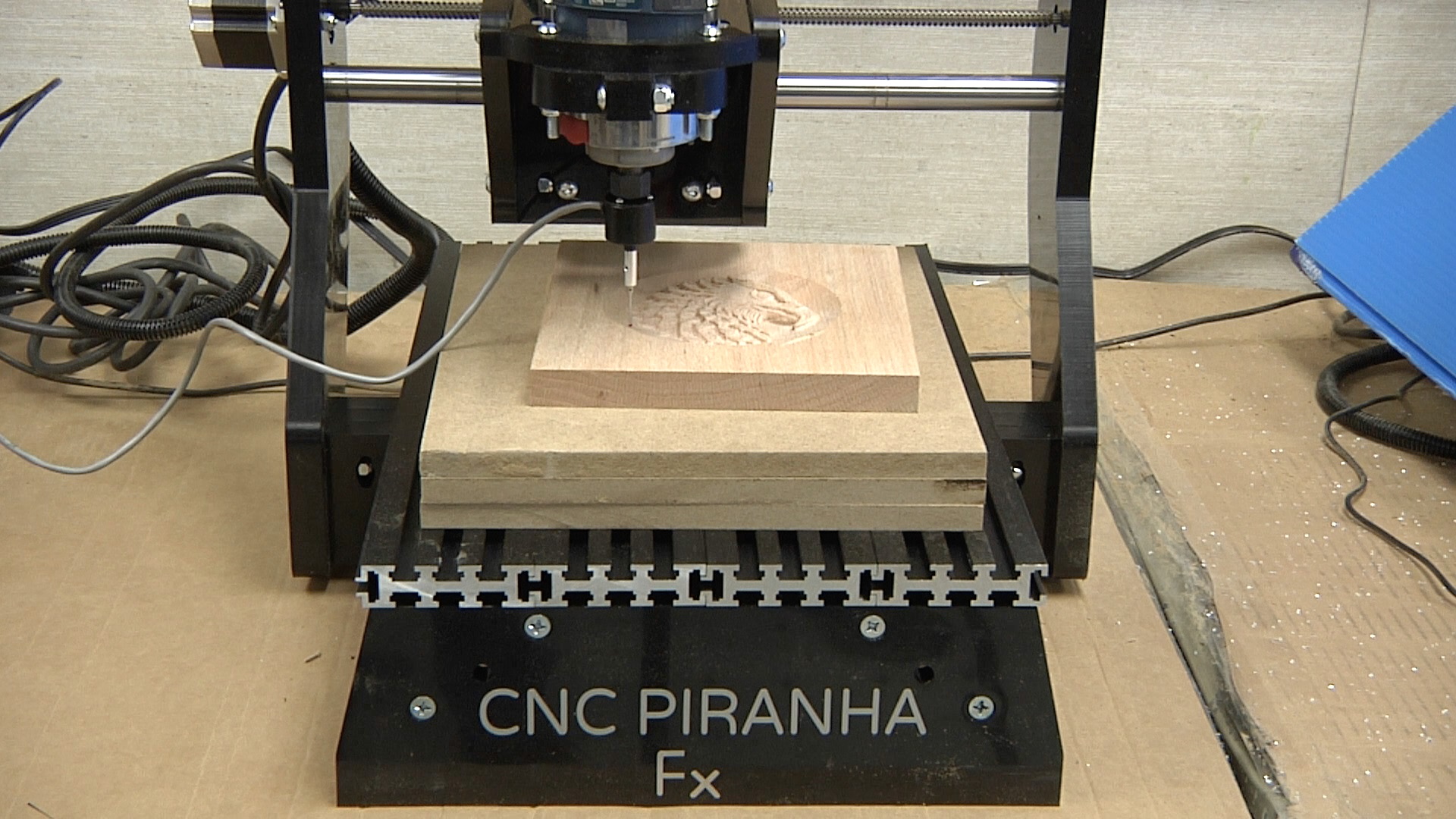 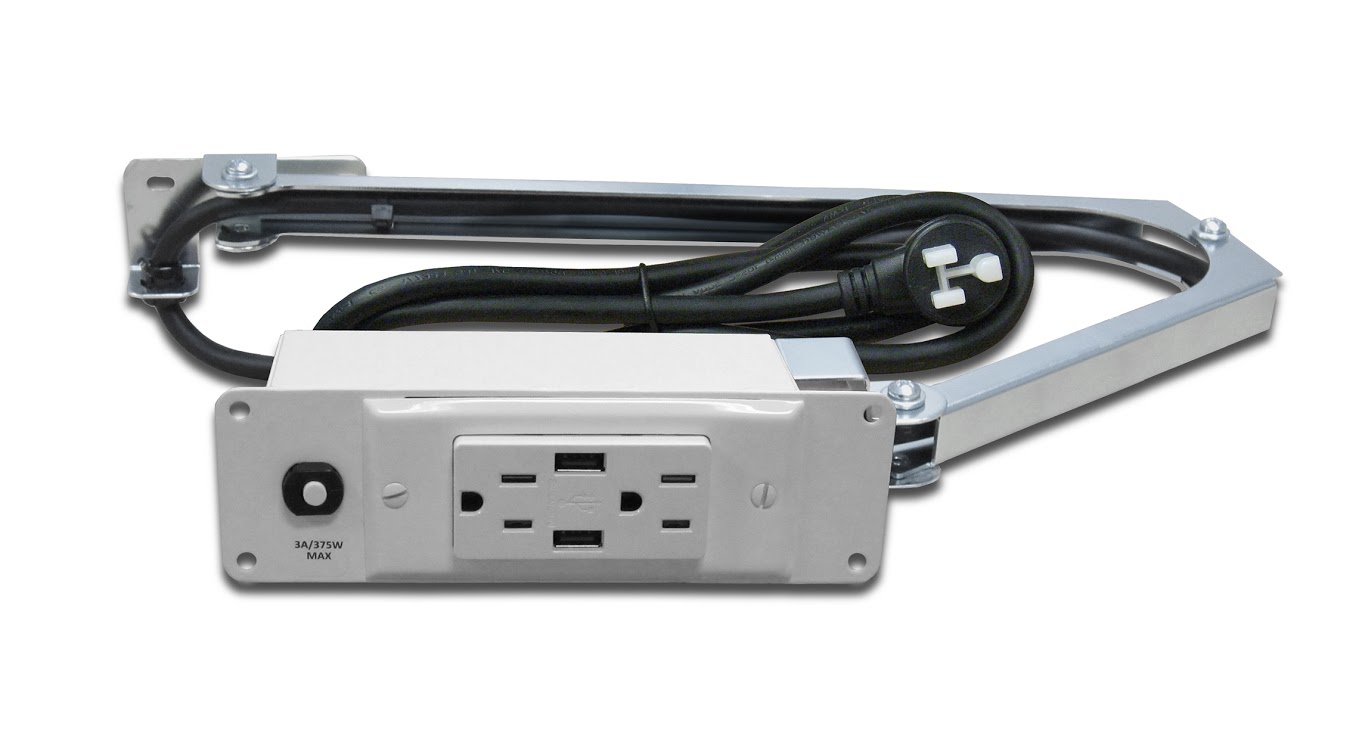 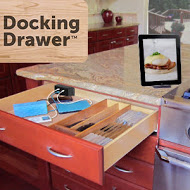 I don’t know about you, but I get pretty tired of here a cord, there a cord, everywhere a cord. I’m talking about the electronics that clutter up countertops while they’re being charged. In addition to hating the clutter, this leaves me constantly worried that a cup of coffee will get spilled on the phone, and the phone is toast. Toast with coffee, admittedly, but toast.

The Docking Drawer system provides an ETL approved outlet that mounts in the back of the drawer box and a control arm that manages the cord. Different styles of outlets are available, depending on whether you’re plugging in a laptop, USB cord, or hair dryer. $240 gets you the mechanism, you build the drawer. They ain’t cheap, but they’re sure less expensive than the phone or laptop you have to replace because you spilled coffee on it.

And, because all work and no play makes Jack a dull boy, I couldn’t spend ALL my time looking at tools. 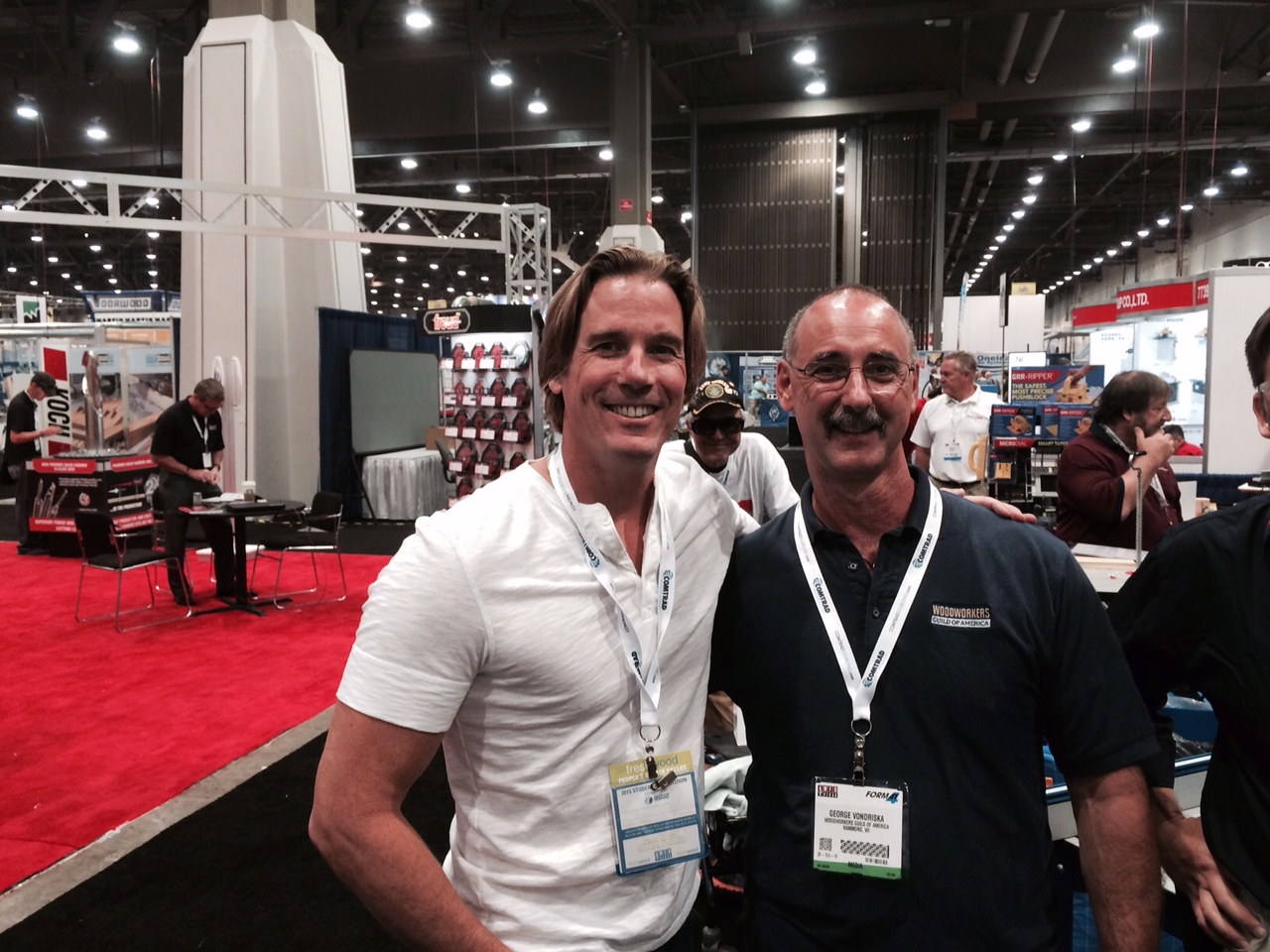 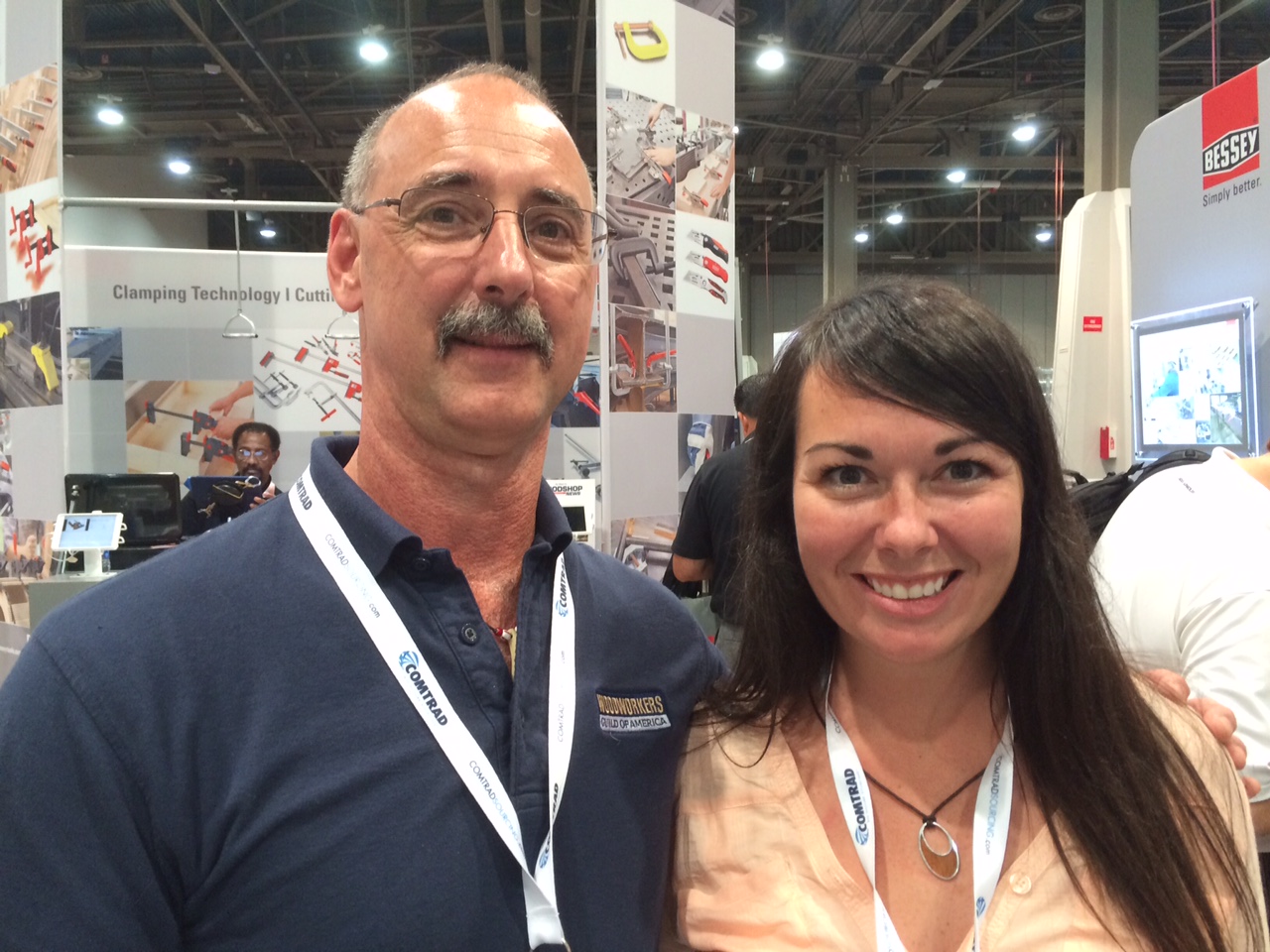 And I met Kayleen McCabe, who had her own show on the DIY Network, Rescue Renovation.